Nursing in Nigeria, the journey so far and way forward. Dr. B.L. AJIBADE

THE NATIONAL ASSOCIATION OF NIGERIA NURSES AND MIDWIVES (NANNM)

SUMMARY AND CONCLUSION:   This discourse was divided into introduction, pre-colonial era, Colonial era, independence Nigeria, Era of NANNM, advent of WACN, partnership with PCN, trade dispute with Federal Ministry of Health, amalgamation of all nurses professional association into NANNM and the way forward conclusively, NANNM should be commended for sustaining nursing as a professional and for its ability to sponsor academically inclined nurses for further education at MSC up to Ph. D irrespective of tribes and religion affiliation.
I hope, with this discourse, I have been able to add to our knowledge on the historical perspective of nursing profession and I have equally preferred way forward to the best of my ability.
I wish us all a good deliberation at this biennial and quadrennial conference.
Long live Nigeria, Long live Nursing and Long live NANNM.
Thanks for listening and God bless.

Babajide .O. (1991).  A decade of the NEMCN in the Web of Government Decrees, New Era Nursing Image Publication, Nigeria.

Popular posts from this blog 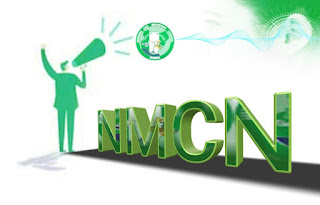 Nigeria - Greetings from the Nursing and Midwifery Council of Nigeria(NMCN ).


As we will be celebrating 2020 Year of the Nurse and Midwife, we are excited as *NMCN* to inform you that we will be soon launching our new Free Continuing Professional Development (CPD) online platform and Mobile Application with access to Free CPD courses.

We request that all NMCN Nurses and Midwives Pre-Register on the system before Pre-Registration closes on **Friday 17th January 2020.** This will assist you in meeting the required CPD points prior to the renewal of your practicing license.